Where Is God?: How Enduring Centuries of Racism Leads to Moral Injury 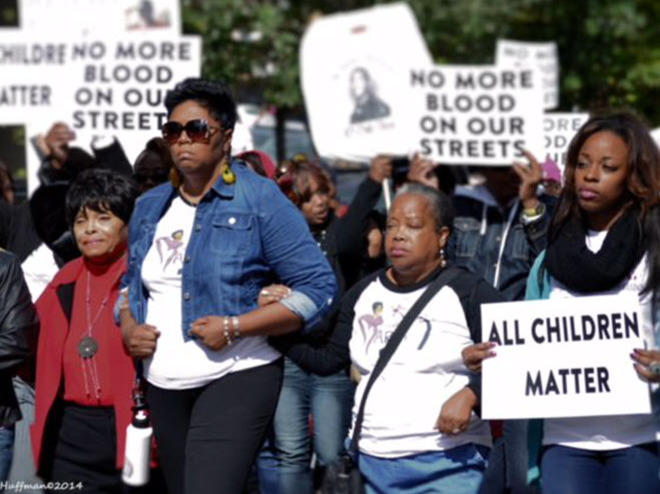 It’s been more than three years since the killing of Michael Brown Jr. in Ferguson, Missouri. The cameras left long ago and, along with the cameras, many people who diligently followed the story. But the trauma remains, and there has been neither justice nor any effort to acknowledge that wrong was done.

I am a pastor now, but I am also a registered nurse. I know that it takes approximately 66 days to form a habit and slightly longer for behaviors to permanently take hold. It’s been more than 660 days since Ferguson, and it’s been nearly 600 years since black and brown people have been living under assault in the Americas. That is a long period of enduring hate.

Media bombardment means we who struggle for justice and liberation cannot escape racism, even inside our own homes. Twitter, Facebook, CNN—we are constantly being inundated with stories and news of assaults on somebody, somewhere. So my question is this: What must we do when harm is constant and hate is habitual?

In the context of media bombardment, we've all been called to a difficult task. We are called to see and speak about life in the midst of death, called to seek light in the darkness that surrounds us. Unlike military wars, racism and poverty have not been declared enemies of our collective life, so we are called to fight an undeclared war on the lives of those we love.

We are not qualified for this work because of our supreme righteousness, but because we are intimately familiar with the frailty and flaws of humankind. That frailty is captured in the term moral injury.

What is moral injury? For me, it has two meanings.

I experienced the first meaning after the killing of Michael Brown. I suddenly noticed that generations of young people were missing from the church, young people who were leading the struggle to stop such killings. Worse than their absence was the pain and regret I faced when I acknowledged I hadn’t even noticed they were gone. I felt such sorrow. I engaged in lamentation and prayer. Then I took to public repentance for that failure. 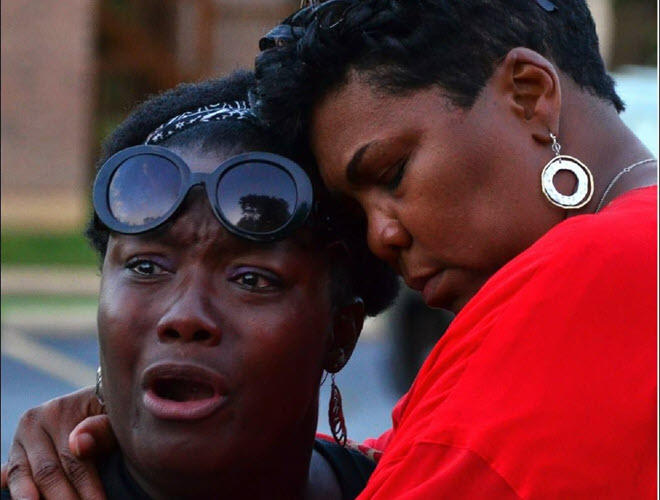 That repentance required me to face, and speak openly about, the truth that the death of Michael Brown and others rests on all of our shoulders. If we are to be in solidarity with the struggle, we must face and address the ways in which such violence continues. To become part of the solution, we have to acknowledge that we’ve been part of the problem too. It doesn’t feel good, but it is the truth.

I began there, with my awareness of my moral injury and my subsequent repentance. Without that repentance, I do not believe I would have been able to have the relationships that sustain me now. We cannot retreat into our sorrow or shame. We need each other to resist the daily assault on our being—the repetitive wounding of the soul carried in the bodies of those who resist injustice and oppression and who feel the weight of that harm.

Within that struggle is the second meaning of moral injury for me: when authorities betray what is right, when those who are supposed to defend and protect citizens, kill our children instead. When those who are responsible for the common welfare work to reassert white supremacy, they betray us. Such betrayal is acute when we are betrayed by those who claim to care—people who benefit from oppression and do nothing to stop it.

When I used to speak about the cost of inaction, or complicity in oppression, I would say our humanity was at risk. But as I have traveled this path of struggle with so many of its young leaders, I have become increasingly aware that it is not our humanity at risk, it is our divinity—the recognition of the Imago Dei in each of us. Moral injury is damage to our very souls, and the image of God dwells in each of our souls and binds us together.

I learned to think about “God with us” in seminary. But God is not just with us, He is within us. Thinking about how we struggle together in the spirit of truth and of love, I don’t have solutions for our moral injuries, but I think we can learn to embrace them. We can take comfort in each other as God with us and be unresolved, be angry, and be hope. Which means, we can be grounded in the Psalm 23 passage that reads, “Yea, though I walk through the valley of the shadow of death, I will fear no evil for thou art with me.”

If together we learn to lean into the discomforts of moral injury, to lean into the gaping hole made wide by poverty and racism in this country, we can recognize that God is not present outside of our trauma, but in the midst of it.

It’s common for we church folk to think of ourselves as bringing people to God, and of ministers as representing God.

But most of the time we’re encountering God as He is working elsewhere, so I’ve been intentional about looking for Him wherever I go, and I found God in Ferguson.

I’m always amused when people ask me, “Where is the church? Why isn’t the church here?” I believe that the church emerges rather than being transported to places where it’s needed. One of the most healing illustrations of that presence of God comes from a woman called Momma Cat. I share her story with her permission. Momma Cat served in the armed forces, and she and her husband have been a constant presence in Ferguson since the day Michael Brown was killed. One day, in the height of the confrontations between protestors and law enforcement, Momma Cat and her husband showed up at the police station with their truck loaded with long, church-like tables. They took the tables out in the parking lot across from the station, set them with a banquet of food Momma Cat had prepared and served anyone who wanted to eat. The protestors ate; the policemen did not, but they could have. I witnessed healing in that moment because the humanity and divinity of those who had been marginalized was being recognized. It was a way of saying: “You matter.”

I don’t think anything helps people heal more than knowing they are being seen and heard. It’s just that basic. I learned about this from the people in Ferguson. It's experiential learning, and it's proved invaluable to me. It affirmed what I learned in seminary and continue to learn today.

Let us keep looking for God in others. Let us take to the streets where the young people who have left our churches are. We must not become those who we may one day detest because we took comfort in safety and ignorance, and failed to understand that we all live in the valley of the shadow of death. The only way to walk through the valley is to look for God while we are there.

Let us invoke an intentional counter-narrative. Let us seek out people who offer a contradiction to the traumatizing images that are so easy to consume on the news and social media. Let us remain open to encountering God everywhere we go so we no longer fear evil.

This essay was adapted from a presentation delivered at The Summit in June 2015. Published with permission from Sojourners.