Rediscovering My Soul: A Reformed Drug Dealer and Addict’s Road to Spiritual Recovery 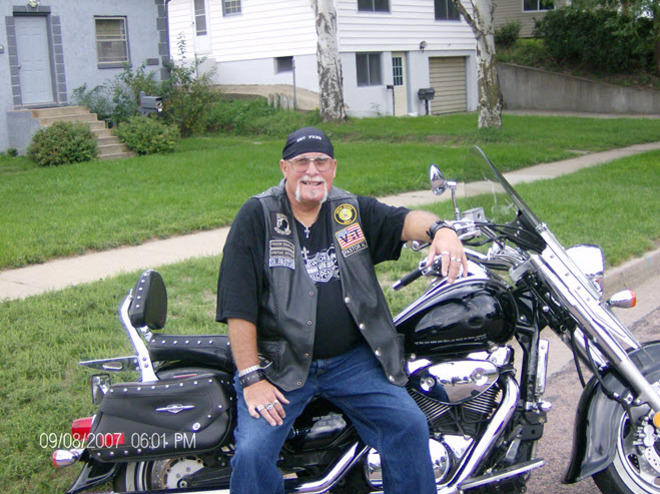 I started a journal at the recommendation of my teacher at Chino State Prison in Chino, California. He encouraged me to look at my life to figure out who I am and where I came from, and to examine significant events that led me from San Diego, California to a maximum security prison in Sioux Falls, South Dakota.

I think back to when I first started my prison time, and the prison psychiatrist asked me if I wanted to hear his diagnosis. I wanted the drugs he had, so I said, “Sure!” When he replied that he thought I could have very easily been a serial killer, I said: “I’m just a drug dealer, but don’t give me any ideas, Doc!” And, by the way, thanks for my drugs!

But he was right. I could have very easily ended up much worse than I was.

Since then, I have received treatment for post-traumatic stress disorder through the Veterans Administration and am now an ordained minister within the Southern Baptist Convention and Volunteers of America, so the subject of moral injury intrigued me.

See, earlier in life, my two brothers, older sister and I were sent to foster homes. My father was in the military—U.S. Navy, Chief Engine Room Artificer, WWII veteran, submariner. My mother wasn’t around.

After the foster homes, we moved back with our father into a blended home, where our stepmother was a dominant and strict woman who was not afraid of giving the belt. At some point she and my father were “saved” in a Southern Baptist Church. Afterward, in the name of Jesus, I was “corrected” many times.

I was put in a cold shower for wetting the bed and had to wear a sandwich-board sign announcing my accident to all my schoolmates. I endured belt beatings and long periods of “restriction” in my room. And I was the “Yes, Sir; No, Ma’am; Please and Thank You” poster child. If not, I was slapped or got the belt.

After getting in trouble for skipping a Youth for Christ meeting to attend a high school dance, I was required to have a sit down with the leader of the young men’s group at our church; he was my dad’s best friend. With a picture of Jesus on the wall and a cold pop in my hand, we sat in the choir room and he asked me if I knew why I got in trouble while he molested me. That incident determined my outlook on life: no one can be trusted.

In her book, Soul Repair, author Rita Nakashima Brock states, “In experiencing a moral conflict, soldiers may judge themselves as worthless; they may decide no one can be trusted and isolate themselves from others; and they may abandon the values and beliefs that gave their lives meaning and guided their moral choices.”

By the time I graduated from high school, I had already lived a few lifetimes.

But they weren’t all bad times. We had swimming pool parties, and beach trips, went to Disneyland, and played sports. But the undercurrent was that we never knew the climate at home at any given time. It could get downright dark at a drop of the dime.

As a young adult, I started cutting myself or making my lips bleed to make it look like I had gotten into fights. I didn’t realize at that time that my confusion and low self-esteem was leading me down a path of moral value abandonment.

I was kicked out of college for drinking on campus. I wanted to do well, but for some reason would end up testing the system through drugs and alcohol. Eventually, I joined the military where I was a legal clerk during the day and the top hashish dealer at night.

Drugs and alcohol became my escape. After I left the military, I met my wife and discovered she, too, had a background filled with moral injury. We felt comfortable with each other.

My soul has been fractured most of my life.I was more comfortable being around the depressed, oppressed, addicted, and convicted as they never judged me for the way I led my life.

I left Los Angeles and ended up in San Diego where I fought fires in the San Diego Fire Camps and eventually got busted for smuggling heroin. I received a five-to-life sentence, which I served in Chino State Prison.

My soul was lost. I was slowly drifting away and accepting that the life I was destined to live was one of jails, institutions, and, eventually, death. I didn’t foresee living to 30 years old.

After prison, I became a heroin addict for almost eight years. My wife at the time had a significant methamphetamine habit. She and I were slowly drifting away. After we had a particularly violent argument, my son and I moved to South Dakota where I thought I could get away from drugs and alcohol. But my wife and I ended up back together, and we started one of the biggest Meth rings that ever existed in the Black Hills of South Dakota.

Everything came crashing down with a narcotics bust, and I was sent to the state penitentiary in Sioux Falls, South Dakota for a ten-year sentence. My wife was pregnant with our daughter, and my son was too young to understand what was going on. It was a dark, spiritual time in our lives.

After a year in prison, I was getting ready to do a drug treatment program and talking like I wanted to change my life. But as the Apostle Paul says, “Another law is waging war against the law of my mind.” See, I was saying I wanted to change, but it was just talk. God has ways of opening our eyes when we can’t see the truth for what it is.

I like the way Soul Repair explains Spiritual Fitness: “Strengthening a set of beliefs, principles or values that sustain a person beyond family, institutional, and societal sources of strength.”

I needed something more powerful than drugs to set my moral compass. I didn’t trust most people, but I decided to make a commitment to God that wherever he led me I would tell the truth about my life in addiction and conviction. He is faithful when we deliver our lives to his will.

I completed a business degree and paralegal degree while in prison. Upon my release, I was allowed to go to work, 12 step meetings, and church. I did just that, and I did it a lot.

My church licensed me to preach the gospel in the local county jail where the sheriff allowed me to lead a Bible study. I was also asked by one of the local treatment centers to hear the 5th step of the 12-step program. I eventually heard more than 8,000 5th steps in nearly 20 years at that treatment center. I still hear a few, but I mostly give lectures on changing our spirituality to become productive members of society. I was even asked to be a volunteer Chaplain by a warden that used to see me locked up.

In 2011, after 14-and-a-half years of waiting to hear whether the president of the United States would grant me a pardon, I received one of the nine given out that year by President Barack Obama. What a phone call that was, and what a celebration I had with my beautiful bride, Teresa. She has been with me on this crazy journey for 43 years. 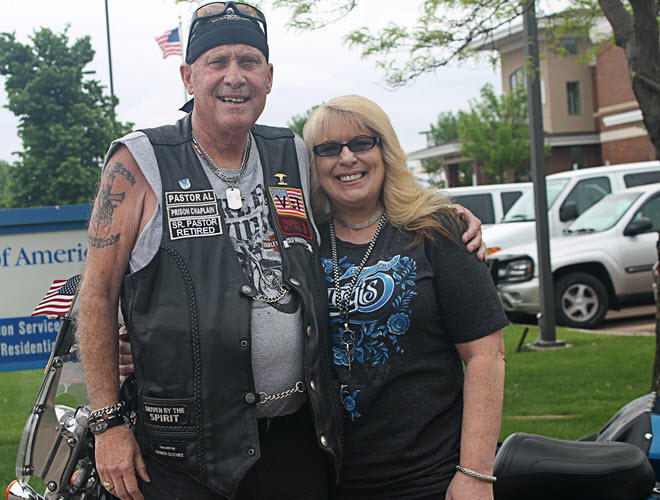 I was diagnosed with tongue cancer in 2012 and endured seven weeks straight of radiation and chemotherapy. I even went into a coma for more than a month and died once. My survival is another example of God wanting to give me more time to tell people the truth about the dark side of our moral world and how we can come out the other side into the light. In 2016, Volunteers of America named me the Leader of Ministry for its affiliates. It was an honor.

When I look back at my life, I see a man that has been shot, stabbed, run over by a truck, walks with a limp and has arthritis all over. But my physical injuries are nothing compared to the spiritual injuries I’ve endured. Being morally injured and morally injuring others are things I’ll have to live with for the rest of my life.

Through helping others, I have found that faith can move mountains. I also know that I can count on God to send me someone everyday who needs to hear stories of hope and confirmation that there is light at the end of the tunnel.

The sooner we crawl out of our past moral injuries into the light of redemption, the sooner our stories of salvation can be used to help others.

Be blessed my brothers in arms and children of God!

Pastor Al Peratt is the chaplain for Volunteers of America, Dakotas.