From Homelessness to a Master's Degree

The Impact of The Home Depot Foundation on a Veteran's Life 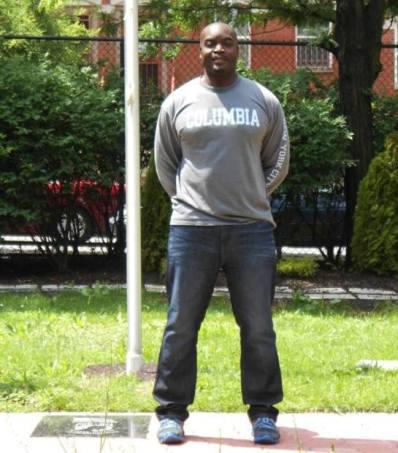 In 2005, upon graduating from a halfway house, John Saunders, a veteran, was having a difficult time finding housing. One of the counselors at the halfway house, also a veteran, lived at East 119th Street Veterans Residence in East Harlem and he advised him to obtain a copy of his army discharge papers and apply for veterans housing there. At the time of his acceptance, East 119th Street Veterans Residence was operated by an organization other than Volunteers of America Greater New York and was in need of repair.

When Volunteers of America Greater New York took over the program in 2011, John was disinterested in meeting the new staff, thinking it would be “business as usual,” but it was not. “When VOA took over the Residence it was like a breath of fresh air. The whole Residence started undergoing renovations with the help of Home Depot, the staff was professional and the front desk personnel were very polite and helpful. The program director immediately set out to personally meet every resident.”

John was assigned a new case manager whom he described as “having a genuine interest in hearing about my dreams and goals.” One of his goals was to obtain employment but he was having no luck. He realized that in order to become more employable, he had to further his education and he applied to and was accepted at CUNY Lehman College where he received his BA degree in Political Science. Even then, he still struggled to secure a good job so in 2011, he earned his Master’s degree in Negotiation and Conflict Resolution from Columbia University.

From the knowledge he gained from the graduate program at Columbia, John began to develop his own strategy for success. He developed a “vision board” on which he wrote his short and long term goals. Each day he checked what he accomplished.

When asked what role Volunteers of America had played in helping him turn his life around, John stated that when The Home Depot volunteers and VOA staff began to beautify the residence including the study lounges, gardens and security desk, “they helped create the perfect learning environment.” This made it much easier to concentrate on personal goals and to have hope that life was improving overall.

With his case manager, John began to look at his life overall, including his present living situation and what he envisioned for his future. He said that this inspired him to apply to NYU Steinhart School of Culture Education and Human Development’s Licensed Mental Health Counseling Program. He was accepted and spent many nights studying in the renovated 4th floor lounge, which became his personal study area. John then applied for a job as a case manager at a New York City human services provider and landed the job! He is currently employed there and recently completed his first year at NYU.

John says, “I thank God for bringing VOA to East 119th Veterans Residence and making it a safer, cleaner and more habitable place to live.” He says that The Home Depot volunteers and their donations were a huge contribution to this outcome. He often tells staff that this helped him on the productive path he is now on, toward reaching his full potential.

John summarized his experience with Volunteers of America Greater New York this way: “I know God works through people. God worked through VOA who brought caring staff and volunteers to the Residence and assisted me with reaching my personal milestones. I am eternally grateful.”