A Home for the Homeless

Hope. At the Family Motel, it’s one thing that’s never in short supply. 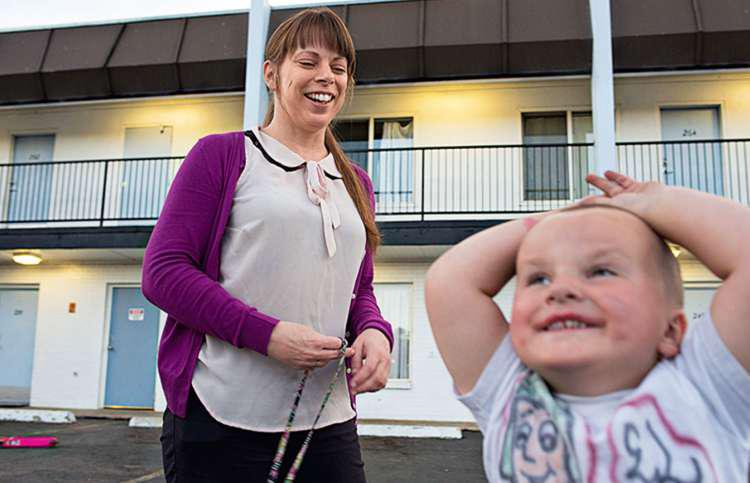 The young man knew if he didn't get treatment soon, his cancer would be the end of him. Even though he was only 28, he didn't seem to care. When you're homeless, everything's a struggle. The thought of death was almost a relief to him.

Denver's human-services department referred him to the Family Motel, an emergency shelter run by the faith-based nonprofit Volunteers of America, until he could move into hospice care. A couple of days into his stay, the man dropped in on a Bible study held there by a local minister. It changed his life.

He saw that there were people who cared about him. He learned about God's love. Soon afterward he agreed to undergo chemotherapy. A social worker found a home for him at an adult-care center. For the first time in years, he had something to live for.

It's a story Marsha Carey, the interim project manager of the Family Motel, recalls fondly. The kind that inspires her to keep at what must often seem like an insurmountable challenge.

"I want everyone who stays with us to have hope," she says. "I try to personally connect with all of them."

That's no easy task. In an average week, the Family Motel serves 640 people, most of them single parents with children. The name is fitting: The building is a refurbished motel, with 45 rooms, 30 reserved for families, 10 for individuals with medical conditions and 5 for female military veterans.

The 15 rooms have comfortable beds and private baths. Some have mini fridges, a rarity for a shelter. The Family Motel is designed to be an emergency overflow space when Denver's larger homeless shelters are full. The stays are short, usually only a few days.

A staffer interviews the clients, and a concerted effort begins to find more permanent housing for them. Often that's a spot in one of the city's larger shelters. Then there are the happier success stories, when a client can be placed in an affordable apartment or a long-term-care facility.

More and more, the clients Marsha and her five staffers see are not who most of us think of when we picture a homeless person. Often they're parents, with full-time jobs, who have lost their housing due to a rent increase or another onetime setback. But without the money for first and last months' rent and security deposits, they have no place to turn.

"People need to have almost three thousand dollars saved to get an apartment," Marsha says. "That's not easy to do."

Families are greeted with stuffed animals and other small toys for the kids. If they are able to secure permanent housing they leave with a basket of household items.

Part of the parking lot has been turned into a children's playscape, complete with a basketball hoop. There are benches where parents gather and socialize, just as you'd find at any playground. "We want there to be a feeling of community" is how Marsha puts it.

Not long ago, a 79-year-old woman showed up on the doorstep of another VOA facility needing a place to stay. Her Social Security benefits weren't enough to cover the increase in her rent. She was in poor health.

Fortunately, there was room at the Family Motel, where she felt her spirit renewed. She pitched in, helping out however she could. Her health improved and she was able to save up a deposit for an affordable apartment.

"I never would have made it without you," she told the staff the day she left. "You saved my life."

Hope. At the Family Motel, it's one thing that's never in short supply.