The Disappearance of My World As I Knew It: A Mother’s Heartache at the Rape and Murder of Her Daughter 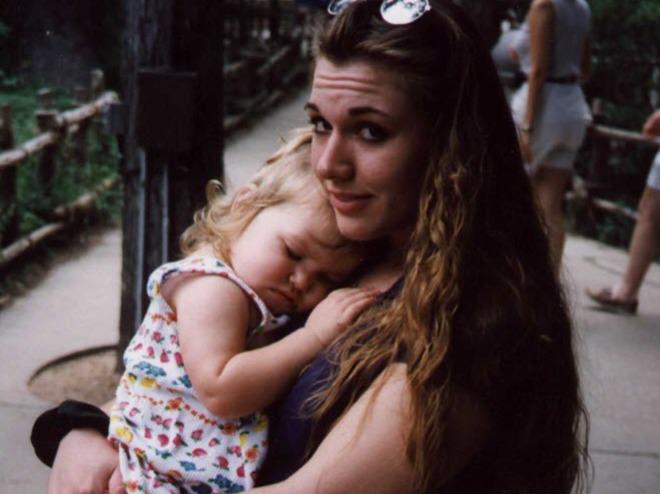 Tuesday, July 15, 1997, started out as an ordinary day. I got ready for work, and my daughter, Kelli, was getting ready for her classes at the University of North Texas. I stopped in her room before I left for the office and told her to have a good day.

Those were the last words I spoke to my daughter.

Later that day, I received a phone call from Kelli’s boyfriend asking if I had heard from her.I told him no. He said Kelli had called him around noon and asked him to come to Denton because the key to her car would not work in the lock and she needed help getting in. When he arrived in Denton, her car was in the parking lot but Kelli was nowhere to be found.

Kelli had been required to tour the Denton City Police Department for her criminal justice class. Ironically, she was parked in the lot across from the police department that day. That was where her car was found with no clue to her whereabouts. It was as if Martians came and lifted her into thin air.

By 5:30 pm that afternoon, I was certain something was wrong. Kelli was supposed to pick up her daughter, Alexis, from the babysitter’s at 5:30. She would never forget to pick up Alexis or not make arrangements for her to be picked up.

My adrenalin was flowing. Every time the phone rang my heart pounded. Then the minutes turned to hours, the hours to days, the days to months, the months to years. It is a parent’s worst nightmare to have their child disappear and not know where they are or if they need help. There are no words for the pain.

At some point, I realized I had two choices: dig a hole and crawl in, or pick up and move on. I chose the second option.

We were blessed to have Kelli’s daughter to raise, which certainly kept me focused. I had a job to do and that job was to raise Alexis. That decision did not take the pain away, but it gave me a reason to go on.

Did I often feel abandoned?Of course I did. And I questioned everything. Kelli was doing her job, raising her daughter, and going to school full-time. She attended class that day, just as instructed. Then she disappeared. I questioned God and wondered how He could let this happen. But I finally got my head and my heart around the reality that God did not do this.Kelli had been in the wrong place at the wrong time and one of God’s children used his free will to take Kelli and harm her. God gave me the strength and the tools to get through this ordeal. He put the right people in my life. He taught me to seek help.

On April 11, 2016, I finally learned that my baby was not returning. That was the day they confirmed the identity of her remains, which were uncovered in Brazoria County, Texas. The man responsible for her death led detectives there. She had been abducted, raped and murdered. My hope that she would return was gone. But there was comfort in knowing she was not in harm’s way. Kelli was in God’s arms and safe, and I am thankful every day that I had twenty years with her.

With this new reality, I faced new challenges. I never had to think about Kelli’s disappearance as “final,” and now I needed to plan things I never thought about: a funeral, a date of death, cremation, etc. I also wanted to go to Brazoria County to see where my baby had been all these years. Kelli’s daughter went with me. The owners of the property and the group of detectives from the police department came to the location to meet us. The property owners and the detectives put a wood fence around the area where Kelli had been buried and they planted flowers, the police department sent a lovely arrangement. They were kind, loving, and caring people, and they served as a reminder that there are many wonderful, good people in this world. 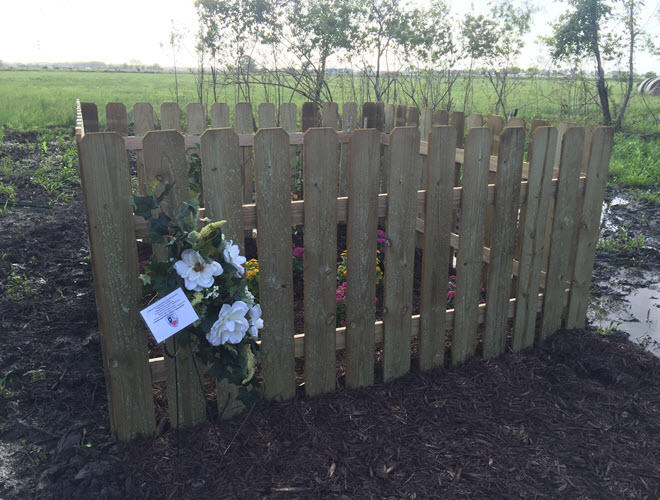 Afterwards, I planned the Celebration of Life Event for Kelli Ann Cox. Kelli was only 20 at the time of her disappearance but she impacted many people. The celebration was at our home in Farmers Branch, Texas, and hundreds of people came by to share memories about Kelli. Many who attended did not know Kelli personally but hearing about her disappearance and her story over the years had an impact on them. At the end of the afternoon, we released balloons in celebration of Kelli’s life. It was amazing how the balloons remained grouped together until they were completely out of sight.

In the nearly 20 years since Kelli’s disappearance, I’ve been very open about her story. I share it in hope that it can help someone else. I want people to be aware of their surroundings. I want them to know there is danger in this world. I also want people to know that no matter how unfair something feels it can help if you focus on the good. I want something good to come out of our horrible tragedy.

I beat myself up over the years because I questioned God and His actions, but I know my feelings were, and are, normal.

God put the right people in my path and it was up to me to let them in, which I did. That was hard for me to do because I would think what can someone else do? Can they find Kelli? Maybe not, but letting others in not only helped me, it helped others know they could survive tragedies in life. I told many people, “Just because there is a tragedy in your life, the world does not stop. Life goes on.” Some people may believe that sounds harsh, but it is reality. And with faith and support you can—and will—survive a tragedy or trauma.

Kelli was born November 12, 1976 at Baylor Hospital in Dallas, Texas. She was one month late and weighed in at a whopping 10 pounds. She is my only child.

She was an excellent student through elementary school and middle school—a very good student in high school. She was very active in gymnastics and was a cheerleader in the 7th and 8th grades. When we first found out Kelli was pregnant, I told her I wanted her to finish school. I agreed to pay for her school as long as she kept up her grades. I explained that she could not go off to school because what we would have spent on room and board would be spent helping to raise her baby. I remember Kelli looking at me and saying, “Mom, that is more than fair.”

She certainly kept up her end of the bargain. Alexis was born on a Monday, and one week later Kelli was back at college taking her final exams for the semester. She made straight A’s.She was enrolled in another six hours at the time of her disappearance.

Kelli was very determined to stay on schedule and finish school in a timely fashion, but that was the deal we made. And while she was carrying a full load in college, she was also responsible with Alexis: tending to all of Alexis’ needs, taking her to doctor’s appointments, shopping for her, bathing her, running errands with her, doing her laundry, sharing in the general household duties. Kelli had the patience of Job and remarkable maturity. She also had a great sense of humor. She was funny, sensitive, smart, athletic, and headstrong.We all miss her terribly. Kelli was not only lovely on the outside, but also lovely on the inside.

I know only too well.

Jan Bynum is a retired Volunteers of America Texas minister.