Surviving War and Wondering What If: An Iraq War Veteran's Reflections 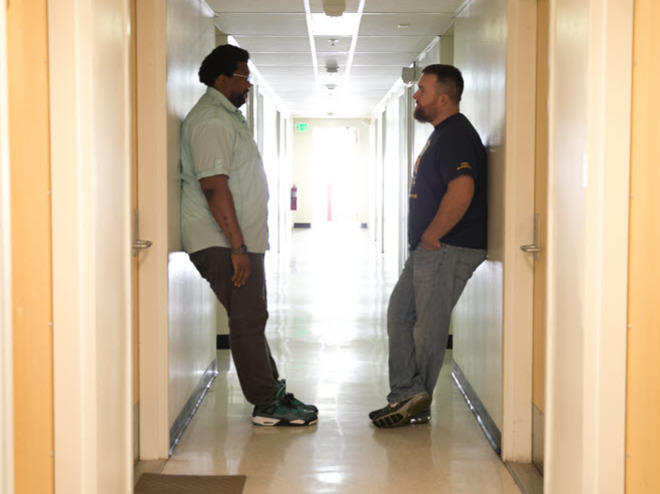 Forward Operating Base Echo in Al Diwaniyah, Iraq was much quieter than it had been when we arrived a month earlier.

The base was part of a multinational coalition force led by a Polish Commander, but there were soldiers from around the world, including Mongolia, El Salvador, Georgia, and Poland.

I remember stories about the Mongolian troops and how they were no longer allowed to go on patrols because they would spray rounds in every direction every time there was contact. It was also rumored that they would attempt to shoot incoming mortar rounds out of the sky with the AK47s. We all had respect for their eagerness and motivation.

Our taskforce was ordered to invade Al Diwaniyah, to quell the indirect attacks on FOB Echo, and to take back the Area of Operations. The local insurgents learned quickly that RPGs, grenades, RPKs, and AK47s were no match for an aggressive Stryker Cavalry Squadron. In less than a week, our unit had quelled the indirect attacks and began gathering intelligence to start grabbing high-value individuals. We were very effective.

I was raised Catholic from Sunday school to First Communion. I went through Confirmation with Our Lady of Good Counsel in a small town near Mt. Rainier, Washington. I grew up in a log cabin in Mt. Rainier National Park with a wood stove as the only heat source.

I was a shy kid and never much for hanging out with a lot of people. It was probably because I grew up in the woods and spent most of my time playing alone. Once, when I was little, I threw a pinecone at a squirrel and hit it. I felt so badly I rushed to tell a Park Ranger.

My family was very close. My dad spent a lot of time teaching me and playing baseball with me. Everyone in my family made a big deal out of my baseball seasons, and we’d load up in the station wagon as soon as my dad got home and take off together. We always ate and prayed together.

After our mission was complete in Al Diwaniyah, we were getting ready to section patrol the FOB. The convoy behind us got hit on Main Supply Route Tampa on the way down, so I decided to take off my kit, jump down off our vehicle, and call my wife before we left.

As I was talking to my wife, the Laundromat about 10 to 15 meters behind the call center took a direct hit from a 107mm rocket. It took a second to get out of the small building and run to up to the laundry building that was now in flames. 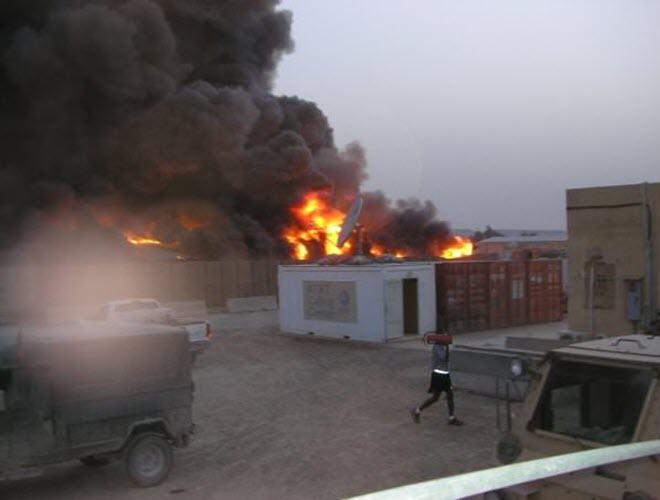 A Polish soldier and I began throwing water on the fire and we could hear a lady moaning in the building. I tried to get to her but the flames were all the way out to the T-walls—it was like walking into a firebrick oven.

The fire team was on scene, and I was ordered to stop throwing water on the fire by a higher-ranking officer. I told him the team was on the wrong end of the building because someone was dying on this end. He repeated his order more loudly, so I went back to my truck, hopped in the turret, and watched as the lady burned to death. I took pictures. I’m not sure why, but I did.

While I was watching the building burn, I wondered about the woman’s parents and how they would take the news. I wondered where she was from. I felt nothing. I still don’t remember anything from our convoy all the way back to Baghdad.

For several years I carried a case of the “What Ifs” with me—a phenomenon that many of us veterans dealing with moral injury play over in our heads. It’s not a “fear response,” but a shattering of the image of self or value. “I am a protector” doesn’t necessarily compute anymore once people around you die. My own example is the several years I questioned myself for not going in to drag the woman out before being given my order. In more extreme cases, taking the life of non-enemy combatants in the heat of the moment can impact a person’s view of themselves greatly.

Through my work as a social worker with post 9/11-veterans, I have had many veterans write “impact statements,” which discuss how their experiences in combat affect how they see themselves, others, and the world. Many veterans describe themselves in a very dark light because of decisions they made, orders they followed, and, in some cases, actions they were neither ordered nor forced to take. One veteran described himself as a monster. It’s heartbreaking.

Many soldiers must follow orders that ultimately lead to the death of others. In some cases the soldier doesn’t know the person killed, other times that person is the soldier’s best friend or someone the soldier is close to. The intent behind the order varies. Nevertheless, the act itself often leaves veterans mistrustful of others, angry with themselves for not making a different decision, and angry with the individual who gave the order.

This is a part of surviving war. Perhaps our lack of understanding of moral injury is why so many of our service members and veterans commit suicide. I know the concept of moral injury has resonated with many veterans I have run into, and I think it is definitely deserving of additional research.

Jim Zenner is associate director of community programs for the Steven A. Cohen Military Family Clinic at the University of Southern California.