Striving for Balance: A Female Veteran’s Battle with PTSD and Past Childhood Abuse 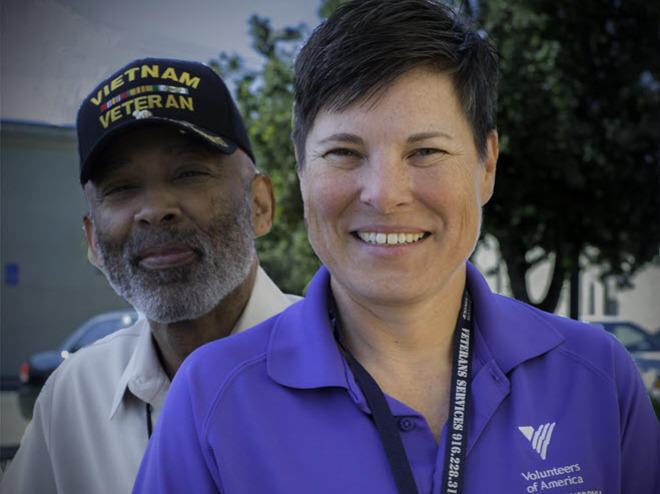 My injuries date back to when I was very young. They began at age three and continued until I was 12, all inflicted by my father. I’m just beginning to deal with the repercussions because I thought I’d gotten past everything that happened. No therapist had ever put the pieces together until now. My history of injury is probably the reason for my many failed relationships, my inability to form friendships, my lack of trust in some cases and trusting too much in others. It’s also the reason I keep everyone at a distance.

My parents divorced when I was six, and I watched my mother drink a lot and fall in-and-out of love just as often. I saw my father in the summers and lived with him in Alaska during my 5th grade year. He would molest me almost daily after becoming too drunk to realize what he was doing. The father of my best friend at the time would also attempt to molest me but stopped at his daughter’s request; my friend and I were both 11.

I moved around often as a kid and, subsequently, many more times while I served 22 years in the military—43 addresses in 46 years of living. I thought the military would be my sanctuary, a place where I could be myself and do the things I longed to do: mechanics, serve my country, see the world. But I was injured again, and on more than one occasion.

The biggest injury came very early in my career. The last question on my military contract asked if I was homosexual or had ever engaged in homosexual activities. I marked NO. It was a lie that would haunt me my entire career. The truth was that I was a lesbian and had been as far back as my memory allowed.

That lie cost me my identity for the better part of my adult life. It forced me to be silent and to deny my true self and those I loved. I was never able to share my life with a partner, to have them greet me at the pier when my ship pulled in, or to invite them to work functions. I feared daily that I would be found out and would lose my career. It was painful.

The Don’t Ask, Don’t Tell (DADT) movement finally caught up with me during my initial enlistment. I was summoned to courts-martial for allegedly sexually harassing a woman who was older and who held a higher rank than me. My reenlistment and a promotion were put on hold as I began the biggest battle of my life: to falsely prove I was not gay in order to save my career.

Courts-martial kicked the case back to my squadron because nobody wanted to touch such a sensitive topic. The day before my administrative separation board was to be held, homosexuality was added to my charges and the focus of the case shifted.

My career was placed on hold, and I was tasked with mundane jobs on the base while my senators and congressman appealed the decision to the Department of Defense and the Secretary of the Navy. I was finally allowed to reenlist after having extended my term every month for four months, but I realized I needed to protect myself. So, I married a male friend who understood my dilemma.

I was sexually harassed daily throughout my career and, on three separate occasions, sexually assaulted by male coworkers after I passed out from too much drinking. I’ve been a fighter all my life and never complained about much, so I never said anything. I also feared the arguments against having women in the military­ would be proven correct if anyone found out what was going on. I’d recently played a part in introducing women on combat ships and in other combat roles in different branches, and I was excited to be involved in that history.

I left the Navy after 10 years of being a jet mechanic, two stints in rehab for alcohol, eight failed relationships, three rapes, one possible miscarriage, six deployments, four units, 10 different addresses, a fake marriage, and a partridge in a pear tree! Next, I headed to the Army to become a counselor so I could help others.

I trained to be a Combat Medic/Mental Health Specialist and Career Counselor and, soon after, was deployed to Iraq during the initial invasion. I witnessed more harassment, pain, and misery there and often felt that military women were there as eye candy for the ‘boys.’ But just as I did in the Navy, I tried to fit in and be one of the guys.

I was alone and lonely and, again, unable to talk about my life and my partner and about how much I missed her. Instead, I had to use my fake marriage as a cover. I served in five units, lived in five states, endured one long deployment, five failed relationships, one real marriage (after gay marriages were allowed), one fake divorce, one real divorce, lost an eight-year run at sobriety (followed by another six-year run), earned a bachelor’s degree, and saw the repeal of DADT, which somehow angered me.

After 22 years of service, I was retired due to a bad back. Had the military not retired me I would probably still be there, and I don’t know why that is. I feel like I don’t belong anywhere else, and maybe abuse is all I’ll ever know. I have finally been diagnosed with post-traumatic stress disorder and military sexual trauma and have joined a therapy group to examine my injuries and attempt to make repairs.

My entire life has been spent living within extremes: too much bad and too little good. I am slowly starting to find the middle where there is calm.

Shela Webb is a case manager with Volunteers of America Northern California and Northern Nevada.