Give today Give monthly
February 4, 2015 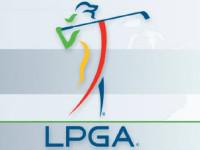 DAYTONA BEACH, Fla., January 26, 2015 - The Ladies Professional Golf Association (LPGA) announced today that Volunteers of America, the national, nonprofit organization, will serve as the title sponsor for the Tour’s stop in North Texas. The Volunteers of America North Texas Shootout will be held April 27-May 3, 2015, and will be played at Las Colinas Country Club in Irving, Texas, for the third consecutive year.

“Volunteers of America is excited to increase our involvement from a presenting sponsor in 2014, to taking on the role of title sponsor for this year’s Irving event,” said Volunteers of America National President Mike King. “We strive to introduce as many people as possible to our organization and the work we do, and this event provides a great opportunity to connect with the LPGA’s large and engaged audience.”

The organization is dedicated to helping those in need live healthy, safe and productive lives. Through hundreds of human service programs, including housing and health care, Volunteers of America helps more than 2 million people in over 400 communities. The LPGA is pleased to announce the partnership with Volunteers of America and to continue to grow their relationship through the North Texas Shootout.

“The event in North Texas has become a player favorite on the LPGA Tour schedule and we look forward to working with Volunteers of America to continue a first-class event,” said Ricki Lasky, LPGA Vice President, Tournament Business Affairs. “The hospitality of North Texas sponsors, volunteers, and fans is second to none on the Tour.”

The Shootout will be played on the 6,439-yard, par-71 course located in the Las Colinas community. Las Colinas, Spanish for “the hills”, is a 12,000-acre community, centrally located between Fort Worth and Dallas. The shootout will be 72 holes of stroke play to compete for the $1.3 million purse. Stacy Lewis will return to her home state as defending champion after a six-shot victory last season.

About Volunteers of America
Volunteers of America is a national, nonprofit, faith-based organization dedicated to helping those in need live healthy, safe and productive lives. Since 1896, our ministry of service has supported and empowered America’s most vulnerable groups, including veterans, seniors, people with disabilities, at-risk youth, men and women returning from prison, homeless individuals and families, those recovering from addictions and many others. Through hundreds of human service programs, including housing and health care, Volunteers of America helps more than 2 million people in over 400 communities. Our work touches the mind, body, heart and ultimately the spirit of those we serve, integrating our deep compassion with highly effective programs and services.

About the LPGA
The LPGA is the world’s leading professional golf organization for women. Founded in 1950, the association celebrates a diverse and storied membership with more than 2,300 members representing 30 different countries. With a Vision to inspire, empower, educate and entertain by showcasing the very best of women’s golf, LPGA Tour Professionals compete across the globe, while dedicated LPGA Teaching and Club Professionals (T&CP) directly impact the game through teaching, coaching and management. The Symetra Tour consistently produces a pipeline of talent ready for the world stage. The LPGA is headquartered in Daytona Beach, Florida. Follow the LPGA on its television home, Golf Channel, and on the web via: www.LPGA.com, www.facebook.com/lpga, www.twitter.com/lpga, and www.youtube.com/lpgavideo.