Helping Before It's Too Late 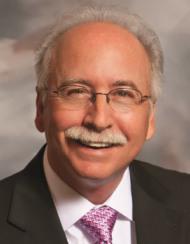 This time of year, around Veterans’ Day, we often focus attention on those veterans in the most dire and shocking of situations … those who are homeless, or suffer from untreated PTSD, or are battling addictions. While the help we offer the most vulnerable veterans is very important, we also need to remember others whose problems remain largely in the shadows. These are the veterans who are not yet homeless, but may find themselves without homes if they don’t receive a helping hand. They are the young vets who return from war and battle with joblessness or depression. They haven’t reached the tipping point, but their lives are spiraling in a direction in which they could find themselves in crisis in five or 10 years. At that point, it might be too late to help them.

One program that has been greatly beneficial for veterans who need some additional help to avoid a future crisis situation has been the Supportive Services for Veteran Families (SSVF) program, funded by the VA but administered by organizations like Volunteers of America. This program has helped us serve veterans like Hector Salinas, a Marine Corps veteran in Aurora, Colorado who has suffered a series of recent medical problems and was at risk of losing his home.

The past several years have been difficult for Hector and his wife DeeAnna. Chronic health problems and several stays in the hospital forced Hector to leave his construction job. He almost lost a leg to infection and still faces the possibility of more surgeries. DeeAnna has battled cancer since 2005, first in her lungs and eventually moving into her brain. Because neither could work, the family home faced imminent foreclosure. In the summer of 2013, Hector turned to Volunteers of America Colorado Branch looking for financial assistance through SSVF. The financial assistance helped fend off foreclosure, but didn’t provide for needed repairs to the house.

Because of Volunteers of America’s relationship with The Home Depot Foundation, a small army of Team Depot volunteers recently descended on the Salinas home to provide renovations inside and out. The Home Depot donated supplies to repair the Salinas home, including new windows for the entire house, landscaping, appliances, construction of a new backyard patio and fresh interior paint. The volunteer effort was part of The Home Depot Foundation’s “Celebration of Service,” an annual observance from Sept. 11 until Veterans Day during which store associates organize several volunteer hundred activities nationwide aimed at improving housing for veterans and their families.

There are countless veterans like Hector in America today – they may not live on the streets or suffer from visible wounds of war, but they need our help just the same. By lending a hand, they can avoid a much more serious crisis down the road and remain stable, active members of their communities. To learn more about Volunteers of America’s work with veterans, please visit www.VolunteersofAmerica.org/veterans.