Give today Give monthly
December 1, 2017

Nonprofits Must Adjust To A More Conservative Atmosphere 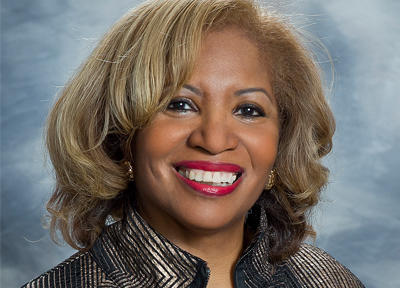 Looking into the crystal ball, my prognostication for 2018: The nonprofit sector will begin a nuanced veer to the right. Here are a few reasons why …

Many nonprofits that provide services are funded by some form of government. Federal departments, such as Housing and Urban Development, Health and Human Services, Education, are pursuing activities rooted in a more conservative ideology — such as a draft strategic plan for HHS that includes language to “affirmatively accommodate” religious beliefs regulations that government funding should be allocated for private schools, and comments that public housing should be “less comfortable” to incentivize residents.

Many nonprofit leaders will adjust programs to meet new guidelines to stay in the federal funding pipeline. Some will contort themselves to stay on mission while accommodating new funding trends and cutbacks.

A large number of human service executives come from state, local or federal government. They bring a wealth of experience, legislative contacts and inside knowledge about these often byzantine funding structures. As 36 states have conservative governors and statehouses, many of these newly-minted nonprofit executives will bring the same conservative notions with them.

There is more political diversity in the nonprofit sector than most would assume. During the past few elections, it has become apparent that staff, board members and volunteers come more evenly from both sides of the aisle than commonly perceived.

The U.S. Supreme Court will become much more conservative This administration will most likely appoint at least one more justice. The White House has already been filling lower court vacancies with conservative judges. These are lifetime appointments that will impact our country for the next 40 years. We are going into 2018 with more than 100 U.S. district and appeals courts with vacancies. According to Carole Levine’s article Nonprofits, Watch Out! Federal Court Appointments Could Endanger Gains, nonprofits working on healthcare, education, environment, immigration and many other issues will find many lower federal courts making decisions about their sustainability, taxes and missions.

Corporate sponsors and funders will have influence on the direction of the nonprofit sector. Generation Z is now old enough to vote. There is international research that concludes this will be the most conservative generation since World War II. According to Time magazine, (Young Americans Are Actually Not Becoming More Progressive, Aug. 22, 2017), “It’s crucial to understand why nearly two out of five GenZs and young Millennials voted for not just a Republican candidate, but a candidate affiliated with a white nationalism many thought had died out long before GenZ was born.” As these young adults become staff, volunteers and board members of nonprofits, will they influence them with their young, fresh brand of conservatism?

The U.S. Census Bureau lost its director, a veteran of the bureau with 30 years of tenure. It is underfunded and cancelled several field tests. The census determines the distribution of hundreds of billions of dollars to state and local governments, nonprofit organizations, businesses and individuals. It has substantial economic impact in every corner of the nation according to the Brookings Institute. If people are significantly undercounted, the federal government does not have to allocate sufficient funding for programs and services. Immigrants, people of color and others might not feel especially forthcoming during the 2020 Census because they fear repercussions. Congressional districts will be reapportioned to become more conservative if the census undercounts.

Last but not least, the repeal of the Johnson Amendment has the power to push nonprofits to more overt political involvement. House Ways and Means Chairman Kevin Brady (R-Texas) added an amendment to his bill that would expand Section 5201 to all nonprofits and foundations, not just churches. The full-range implications of this will become clear in the immediate future.

All of these factors together create an environment likely to nudge more nonprofits to become increasingly conservative. While you might not agree, I hope these points will provoke you to consider the wide range of implications they will have on our sector for years to come. Nonprofit leaders should begin to engage their boards and staff in more aggressive advocacy to preserve programs and services, stop the repeal of the Johnson Amendment and lead the clarion call about the importance of an accurate census count. A strategy of building more targeted public policy coalitions such as the “Burrito Coalition” that was conceived by the American Heart Association to contend with attempts to obliterate the Affordable Care Act, is an example of nonprofits brought together by exigent circumstances that were effective and successful.

Through vigilance and more attention to public policy through better messaging, op-eds, visits to state capitals and Capitol Hill the nonprofit sector can become less vulnerable to the political pendulum swinging from left to right.