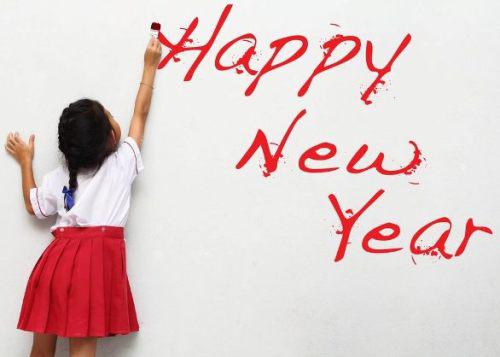 I've never believed in New Year's resolutions. The notion that the new year beings a new set of priorities implies a fleeting, fickle approach to life. Just because we've entered a new calendar year doesn't mean that what is important has changed. So many goals in life are long-term projects, requiring a multi-year commitment with constant nurturing and maintenance. That's why so many resolutions ultimately fail … if exercising or losing weight was truly a priority, this would be as true before January 1st as after. Simply rolling over to a new year doesn't change who you are or what you find to be important in your core.

For well over a century, our core mission at Volunteers of America has remained steadfast … to help our country's most vulnerable people so they can ultimately achieve a better life. Year in and year out, this mission never waivers. While the new year may provide an impetus to think about new and better ways to serve our clients, or to plan out strategies that address immediate challenges, the core of our work remains the same.

This is not to say that there are not a few areas of enhanced focus for Volunteers of America now that we're in 2015. Important legislative priorities for us this year include health and human services, seniors, homelessness, veterans, housing tax credit changes, possible tax reform and the possible change and/or repeal of the Affordable Care Act. Tax reform and the Affordable Care Act are expected to be hot button issues at the beginning of the year.

One early success for the new year came on Jan. 12 when the House of Representatives approved a key piece of legislation benefiting veterans with mental illness, of which Volunteers of America has been a leading supporter – the Clay Hunt Suicide Prevention for American Veterans Act. The Senate Veterans Committee quickly followed suit with unanimous approval on Jan. 21. The legislation, named for a decorated Marine veteran who suffered from post traumatic stress disorder and committed suicide at age 28, puts in place several policies including collaboration between Veterans Affairs and nonprofit mental health organizations; third-party evaluations of VA mental health and suicide prevention programs; creation of an expanded online resource center and outreach effort for veterans; a three-year pilot program to help veterans transitioning from active duty to civilian life access mental health care; and extension of the one-year eligibility period for certain combat veterans to obtain VA health benefits.

In this New Year's period of renewal and rebirth, my goal is that Volunteers of America continues to be as a shining beacon of hope and support to those who need us. We must be bold and remove our light from under the metaphorical bushel, not because of a misguided sense of pride, but because that's what the people we help deserve. For more information about Volunteers of America's national network of services and what you can do to support them, please visit http://www.voa.org/services-we-provide.