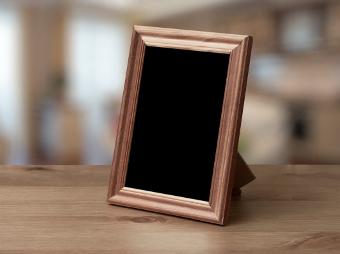 Cliven Bundy — the Nevada rancher who took on the U.S. government over cattle-grazing rights and whose two sons were more recently in the news for leading the occupation of a federal wildlife refuge in Oregon — shared this viewpoint with The New York Times in a 2014 interview. He started this line of thought by imparting something "I know about the Negro": At a public-housing project he'd driven by in North Las Vegas, "there is always half a dozen people sitting on the porch — they didn't have nothing to do."

I used to dismiss this sort of racist commentary as representative of a radical fringe. But then I received a Christmas card from a nonprofit group with a picture of black and Hispanic people on the cover. It featured a grinning, obese African-American woman sitting on a porch with six children around her. She had an electronic monitoring device on her ankle.

My blood boiled. I actually felt like the "angry black woman" stereotype to which so many people retreat when an African-American female isn't smiling and laughing. Experience has taught me to lower my expectations for racial sensitivity and cultural competence, but I am still often surprised and disappointed.

The card was from a nonprofit employee wishing me a merry Christmas. It was sent all over the country with the name of the organization prominently displayed. I marveled that the picture managed to encapsulate several destructive stereotypes in one image: the African-American woman with a passel of children; the ankle-bracelet device, indicating involvement with the criminal-justice system; no husband or father to be seen. All this in one photo.

This year's Oscar nominations ignited a national debate about the noticeable absence of African-Americans, Latinos, and other people of color in films and the media in general. But I have discovered there are places in the media where African-Americans and Latinos are very well represented: the photos, videos, websites, annual reports, brochures, and even the address labels of countless nonprofits. And that's not good.

I have received address labels from a reproductive-health organization with exclusively female faces of color. I read an informative foundation report about the challenges facing human-service groups that was encased in black faces on the front and back.

This overrepresentation of people of color — presenting them as the default consumers of nonprofit services — defeats the goals of most charities, especially human-service, health-care, and faith-based organizations. Images that depict poverty, illness, and vulnerability as overwhelmingly black and brown issues negatively influence public perceptions, public policy, voting patterns, and charitable giving.

It's also inaccurate. According to Department of Agriculture data, 37.8 of food-stamp recipients in fiscal year 2013 were non-Hispanic whites. Non-Hispanic blacks made up 25.8 percent of recipients and Hispanics 16.1 percent. In the same year, adult recipients of Temporary Assistance for Needy Families, the main federal welfare program, were roughly evenly divided among whites, African-Americans, and Latinos, according to the Congressional Research Service. Nonetheless, black and brown people tend to be the faces of these programs.

This has more than just perceptual consequences. There are people with power, money, and influence who will not vote for a bill, donate to a charity, or volunteer for an organization that appears to solely support people of color. In his 1999 book Why Americans Hate Welfare: Race, Media, and the Politics of Antipoverty Policy, Martin Gilens used empirical analysis to demonstrate that the visceral negative feelings evoked by "safety net" and "entitlement" programs link back to egregious misperceptions that these programs benefit only people of color.

The role of film and visual imagery in public policy is well documented. The first motion picture ever screened at the White House, in 1915, was The Birth of a Nation — an epic film so suffused with lynchings and virulent racial stereotypes that it was used as a Ku Klux Klan recruiting tool. Woodrow Wilson, members of his cabinet, and their families viewed the movie, which played a role in revitalizing the Klan and accelerating the Wilson administration's segregationist policies.

When President Lyndon Johnson initiated the War on Poverty in 1964, television and magazine images mostly depicted white, rural poverty. Joseph Califano, who served as secretary of health, education, and welfare in the Johnson administration, noted that the backlash against poverty programs came in the 1970s, after the civil-rights movement and urban riots shifted the focus to poor African-Americans. By 1973, magazine pictures depicting welfare recipients were 75 percent black, even though at that time blacks made up just 35 percent of welfare recipients and 12.8 percent of the U.S. population. Soon afterward, Ronald Reagan would introduce the stereotype of the black "welfare queen."

A similar dynamic is at work in today's debate over drug policy. Politicians called for strict punishment and criminalization of heroin users when they were primarily depicted as urban and black. Now that opioid abuse has exploded among rural and suburban whites, politicians call it a disease whose victims need compassion and treatment rather than incarceration. Policy often follows personal experience and perception.

Paul LePage, the governor of Maine, blamed his state's heroin epidemic on supposed out-of-state drug dealers "with the name D-Money, Smoothie, Shifty" who often "impregnate a young white girl before they leave." This was in 2016, not the 1950s.

These caricatures have consequences. In a 2011 article on a study of media portrayals of poverty published in the online academic journal Student Pulse, sociologist Lauren Krizay wrote, "Through both quantitative and qualitative research, the project found dehumanizing affects in the depiction of United States poverty."

Most nonprofits have truly noble missions, but they are too often oblivious to their culpability in stereotyping and dehumanizing people of color as indolent, inferior "takers" of services they do not deserve. And they do not help their causes as either advocates or providers of health, education, and other services by perpetuating a misleading image of social and economic needs that gives cover to "dog whistle" politics and the angriest, loudest voices of racism.

Charities aren't doing this on purpose. The issue is: What implicit biases, assumptions, and stereotypes do we process when we see color?

When I point out the derogatory stereotypes in materials produced by nonprofits, people often stare blankly and say, "I do not see color."

As Washington Post columnist Jonathan Capehart wrote last year, "While trying to show they are somehow above racial considerations, those who employ the phrase are proving willfully ignorant of just how much race plays in the lives of African-Americans and all Americans. Of course we see color."

Looking at the printed materials and web pages of several nonprofits, the way many see color is made visible in the sea of African-American and Latino faces and the exclusion of Caucasians.

Some foundations and donors have encouraged nonprofits to become more ethnically varied in their imagery, to show they are culturally competent and serve a diverse population. That should not mean pictures of consumers of services who are people of color and pictures of CEOs, board members, and staff who are white.

That blacks and Hispanics are disproportionately affected by poverty and its consequences can and must be framed differently. Find the middle ground that more accurately represents the demographics. Work to change the power structure in your organization. Consider how these images frame the public perception of nonprofits and their services and how counterproductive they are to our goals and aspirations for the people we are here to support, encourage, and serve.

Nonprofit leaders must conduct an authentic and critical examination of their web pages, annual reports, videos, social media, and fundraising and marketing materials. They must change visual content to reflect the demographic reality of poverty and vulnerability in the United States.

Let donors, politicians, and voters see people who look like members of their families, their communities, and their places of worship. Use imagery that captures the vibrant contours of dignity and diversity of all people who are struggling to manage illness, age independently, find affordable housing, and escape hopelessness and poverty.

We must stop using good intentions and puerile naïveté as excuses to remain oblivious to color and the implications of how it is perceived.