A History of Helping America's Most Vulnerable 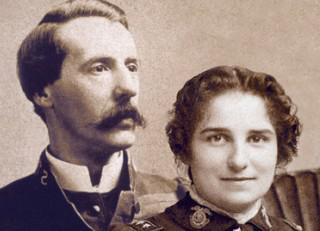 More than a century ago, Volunteers of America's co-founder, Maud Booth, made quite the name for herself. In a time when women rarely worked outside the home, Maud did things in the name of Christian charity that most proper Victorian ladies would never dream to consider. She became known as the "little mother of the prisons" because she would go into Sing Sing prison in New York to minister to the inmates – something most men of the era, let alone women, would never imagine doing. In fact, Volunteers of America was one of the first, and for a long time one of the only, organizations that made outreach to the incarcerated one of its core service areas.

But Maud didn't care if she was doing work others might consider unseemly. She felt a calling to seek out those needs that were being ignored and to help those who no one else would help. That's just the kind of maverick she was … and that's the mission to which Volunteers of America continues to aspire today.

As you might know, March is Women's History Month. But at Volunteers of America, it's also Founders Month. We were founded 120 years ago, on March 8, 1896, and each year we spend this time reflecting upon the history of our organization and ways in which our work has evolved, or remained the same, over the years. Ours is a history of strong women leaders from the same mold as Maud, who have been willing to move beyond what is considered to be the mainstream to make a difference in the lives of people in need.

This perspective has allowed us to identify new needs that may not get as much attention as they deserve. In recent years, one of these has been the plight of women veterans, whose numbers are growing but traditionally have been overlooked in the services provided to veterans. Many of these women have now started to appear in our homeless programs, but they bring with them a set of needs and challenges that are often totally separate from their male veteran counterparts. We're creating new programs and facilities uniquely tailored to them, and in the process providing services that few other organizations do. We continue to be mavericks in this way … which is exactly what I believe Maud would want.

To learn more about Maud Booth and Volunteers of America's 120 years of service, please visit www.voa.org/our-history.